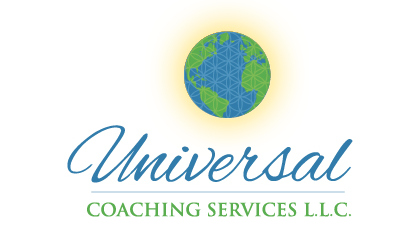 Is it my INTUITION?

Is it my INTUITION?

The Intuition Diet™ is a way to bring your awareness to the voice that always exists within you called your INTUITION.
Here is an example of a real life story of a previous client who ended up FOLLOWING The Intuition Diet™ without even knowing all the components. As you will see, his INTUITION lead the way!
Let’s call this client Charles for the sake of this example. After seeing his doctor, Charles sought support for weight loss, so he contacted me for a Wellness Coaching appointment. During his first Wellness Coaching session, he expressed that he was going to a local Fast Food restaurant multiple times throughout the week. He also expressed that he did not anticipate to change his frequent visitation to this particular restaurant anytime in the near future. But he came to me for support with weight loss, so I offered him suggestions of healthier options to try when he went there. He was open to start making the changes that I suggested!
A few weeks later he had a follow-up session with me to check in on his progress. During this session, he expressed how he started choosing the healthier options that I suggested. By the way he was talking, I could tell that he was very excited about his progress. He was clearly ready to learn more! I spoke to him briefly about how his body will let him know what he really needs once he starts listening.  He seemed open to the conversation. We didn’t get too much into it, I just introduced the concept. He had his goals and went on his way. We were scheduled to meet again in another two weeks.
During his third visit we went over his progress over the past two weeks and something AMAZING was revealed! Without even knowing all the parts of The Intuition Diet™, HE WAS FOLLOWING IT! Charles walked into this Fast Food restaurant with a list of healthier options, but what would he choose from that list? How did he decide which healthy option to eat each meal? HIS INTUITION told him! Here is how I know…
He looked me in the eye, very open and vulnerable and said, “I was standing at the counter at this restaurant with all these options to choose from and it’s like my body was telling me it needed the fish for some reason.  That was the first time that has ever happened.”  I responded, “Congratulations! This is how it works!  You need to listen! Your body will tell you what it needs!”  This is The Intuition Diet™!   His body told him that it wanted something off the HEALTHIER OPTION LIST! If he came to see me and told me that his body asked for french fries, the conversation would have gone differently.  We will learn more about this in future blogs. For some reason on that day, he needed the fish. When you are following The Intuition Diet™ it’s ALMOST IMPOSSIBLE to order anything but what you really need. So let’s say he really wanted the fish but ordered a salad with grilled chicken instead. What may have happened is that he would still be craving the fish for dinner and if he still didn’t eat it that craving would keep showing up until he listened and took action accordingly. The body may have needed something in the fish to support its optimal performance. It could have been the fish’s healthy fats or something else, but whatever it was, the body was clearly asking for it and Charles listened.
The body WILL let YOU know what it needs. It is your job to LISTEN and take action accordingly! After working with thousands of clients it has been shown time and time again that when you follow The Intuition Diet™, your health and life will improve! Start LISTENING!

Wishing you Optimal Health and Happiness,

This blog is not intended to diagnose, treat, cure, or prevent any disease. The information I provide is designed for educational purposes and to enhance your health and well-being. It is not intended to replace a one-on-one relationship with a licensed health care provider or intended as medical advice. You should not use this information as a substitute for professional medical advice, diagnosis or treatment. Always consult your professional healthcare providers before beginning any new treatment, and with any questions or concerns you might have regarding your condition.